The Luas (Irish word for speed) is Dublin’s high speed light rail network. First opened in 2004 the Luas is one of the quickest and easiest ways to navigate your way around the city. There are two Luas lines in Dublin, the red line and the green line.

The red line starts at the point depot (which is a large venue that normally host concerts and events) in the east of the city and runs in a westerly direction. It passes the other major transport hubs in the city such as Connolly station (train station), Busaras (national bus terminal) and Heuston station (another train station) the Luas red line runs all the way out to the residential suburbs of Tallaght and Saggart.

The green line runs from north to south on the Southside of the city. it starts at the iconic St Stephen’s green area in the city centre and runs south all the way out to the residential suburban area of Brides Glen.

The DART (Dublin Area Rapid Transit) is an overground train that runs along the east coast of the greater Dublin area. It starts at the beautiful harbour town of Malahide (The Malahide Castle tour is well worth attending if you are here) and the island outlet of Howth (Where U2 live) and runs down the east coast of the country as far as Greystones in county Wicklow. The DART is a great way to get out of the city centre and take a relaxing, scenic journey to discover some of the beautiful seaside towns along Ireland’s ancient east coast.

Dublin has an extensive bus network that operates across the entire city. Their double decker Leinster blue and yellow buses are very distinctive and are easily spotted. Due to the introduction of bus lanes across the city it offers a quick and easy way of navigating the city. Dublin bus have an app available on both IOS and Android. Every Dublin bus stop has a unique number, you can usually find it on top of the bus stop. You can use this number with the app to get real time passenger information about your journey. 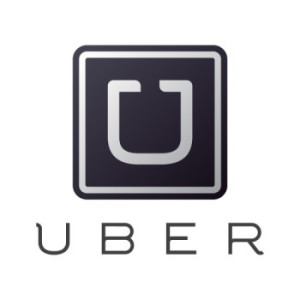 The Taxi company Uber operate here in Dublin. We are a huge fan of Uber at Dublin City Rentals. Without a doubt it has made finding and taking a cab an almost effortless exercise. A point to note is that here in Dublin all Uber drivers are also professional fully licenced Taxi drivers. To offer rides to the public drivers need to hold a PSV (Professional Service Vehicle) licence and these are strictly controlled by the government. Don’t expect to see an unmarked Toyota Prius turn up, it will be a regular Taxi just like you see all over the city. But it is a quality service and one we always use here at the office. 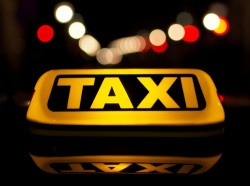 Finding a taxi in Dublin has become a lot easier in recent years. Since the government changed the licencing legislation a few years ago the number of Taxi’s in Dublin has skyrocketed from 2,000 to 25,000. As with any city the peak times for hailing a cab are in the evenings and on the weekends when the bars and clubs are closing. Rather than stand in line and wait for a cab or try and find one on the street to flag down we recommend downloading the Uber app and getting the cab to come to you.

Dublin operates a public bike rental scheme. Launched in 2009 it is similar to the bike schemes operated in many other countries. You simply sign up online, provide all of your details and you can then use any bike from a docking station. As a tourist it’s probably bets to opt for the 3 day ticket which can be purchased for €5.